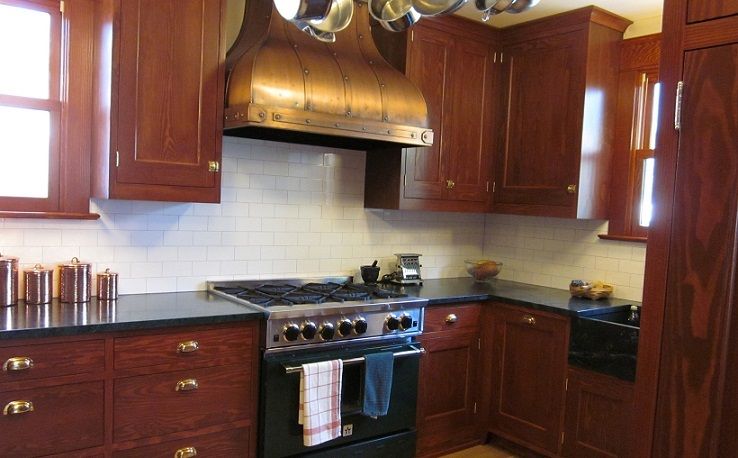 It is not very often that a house owner buys a new range hood, so when it is time to replace yours you may find it a difficult task.

Since most people are not fully versed in the intricacies of range hoods, taking the time to read some of the range hood reviews that are available online will help you make a more educated decision – and perhaps even save you some money along the way.

Why Would You Buy A Range Hood?

For many kitchens, a range hood is not merely a choice – it is a necessity.

Whether you have a gas stove or an electric stove, you still need a way to absorb the steam and vapors that are coming up from the foods that you are cooking, and also to help filter the air. What you may not know is that range hoods have filters built into them that help to absorb the odors of the food that you are cooking, and in turn helps your kitchen smell better.

What Features Should You Look For?

When you are looking at buying a new range hood, taking a look at the range hood reviews that are online is pretty important. The first thing you will learn is that not all range hoods are created equal, and that if you have a particularly sensitive ear to sound, then you may want to choose one that is rated to be much quieter.

Especially if you do a lot of cooking that requires the fan to be on, investing in a range hood that’s higher-end in price will make cooking a lot more pleasant.

Another thing to keep in mind is the type of filter that is within the hood itself. Most of these filters are charcoal and help to protect your cabinets and ceiling from being coded in Greece and steam.

But they also help to absorb odors and so it is important to change your filters on a fairly regular basis. Many of the higher-quality range hoods have specific devices built into them that will tell you when the filters need to be changed.

The best range hoods are designed with the knowledge that different people cook different things on the stovetops and cooktops and sometimes, much more steam and smoke can be produced than normal. To accomodate for these kinds of things, the Ancona Rapido range hood has three fan speeds. This is one of the best things about it, as most range hoods only have one or two fan settings. It has two light settings, which is standard for a range hood, but what is not standard is its delayed auto shut off feature. This will turn the range hood off automatically within three minutes after being turned on and left alone. This is another thing that sets the Ancona Rapido range hood apart from most others, in a good way.

While the Ancona Rapido range hood is very good at what it does, the way it installs is quite rigid in that you need a specific setup in the kitchen to install it. It installs like a wall mount pyramid of sorts, and is designed for ceilings up to 9 feet. That’s alright for ceilings up to 9 feet, but what if the ceiling is over 9 feet? There is an chimney kit that is sold separately which can allow the Ancona Rapido range hood to be installed for ceilings that are as high as 10 feet and 8 inches, but anybody with ceilings higher than this will need to explore other options as the air from the range hood will not reach the stovetop or cooktop enough to micromanage odors or clear out smoke from the burners.

The fan settings on the Golden Vantage range hood are not very clear. What is known is that it can be louder than some prefer when the fan is on its highest setting, and that can turn some users away. Kitchens with very high ceilings will struggle with the installation of the Golden Vantage range hood, as it can fit ceilings up to 8 and a half feet. There is a chimney extension available for it, but the extension costs separate and this can make things very inconvenient.

A common criticism of most advanced range hoods are that they have very complicated installation processes that can often interfere with the way the entire kitchen is designed. Some of them are designed to where in order to install them, it is necessary to remove cabinets even. There are no such issues when it comes to the Ancona Slim range hood, which is easily able to be installed right underneath the cabinet. It also has three different fan speeds, which is very useful. Another thing that makes the Ancona Slim range hood is the fact that it is equipped with two halogen lights, each one using 35 watts of energy. This ensures that it is possible to keep everything around the kitchen lit while not needing to turn on the lights in the entire living room in order to prepare something in the kitchen.

Some under cabinet range hoods, while convenient to install, can leave a lot to be desired. Unlike their wall mounted counterparts, they can sometimes be dated in their design. The AKDY range hood is every bit as convenient in its installation as any other cabinet range hood, but also contains the advanced design, settings, and controls that any wall mounted range hoods would have. There are three shining examples of this. The first is the fact that it has a remote control. This is something that is very useful for wall mounted range hoods that the AKDY range hood has. Another thing is the panel which contains all the controls. It has a time display as well as the other controls that are neatly and clearly displayed. The third thing are the lights. The AKDY range hood contains two LED lights which provide every bit of lighting that any given halogen light would. The airflow is also impeccable. The AKDY range hood’s maximum airflow is CFM, and it contains a flapper which makes sure that heat from the cooktops is not spread around.

There are two glaring imperfections with the AKDY range hood. The first has to do with the lights. There is exactly one light setting, which is a disappointment, given all the other fantastic things about the AKDY range hood. The second thing has to do with the panel controls. They are a touch screen, and given the nature of cooking and how dirty a person’s hands can get in the kitchen, using this touch screen can make the panel dirty which can cause a malfunction in the touch screen panel.

Anyone who is even remotely interested in making complete use of their kitchen, preparing all kinds of things for all kinds of people around the clock would do well to take a look at the Thorkitchen cooktop/range hood combination. The cooktop contains three large burners on the front row and three small ones on the back row. The range hood installs under the cabinet and is 48 inches across, just like the cooktop does. The Thorkitchen combination also contains two separate ovens on the bottom as well. It will guarantee to make any kitchen complete.

The Thorkitchen combination does indeed make kitchens complete, but it does this at a price. And that price is that the range hood has no real redeeming qualities to it. Most range hoods have some kind of combination of having good lighting, efficient fans, lots of settings for either, or a remote control. The Thorkitchen range hood is tragically outdated when it comes to its design. While it does contain flaps that keep heat from spreading, that is the only real special thing it has. There are five buttons on the top of it that control the fan and light settings, and no remote control. There are no clear settings or information about the fan or lights either. If the Thorkitchen combination had a better range hood, it would be totally perfect.

Where Can You Get The Best Price On This Range Hood?

Although you may be able to get a fairly good price on your oven or stove at your local appliance store, finding just the right range hood is almost impossible.

There are other benefits too. When you buy range hoods online, you can also choose from five different color schemes – biscuit, black, ivory, stainless steel, and white.

As far as kitchen appliances go, your range hood is probably one of the least important and noticeable items, yet it is one that is absolutely essential. The Broan QS136SS 36-Inch Allure Range Hood will help you to save money and also have a quieter, more efficient fan when you need peace and calm in your kitchen.