Facts About The Different Types of Spiders 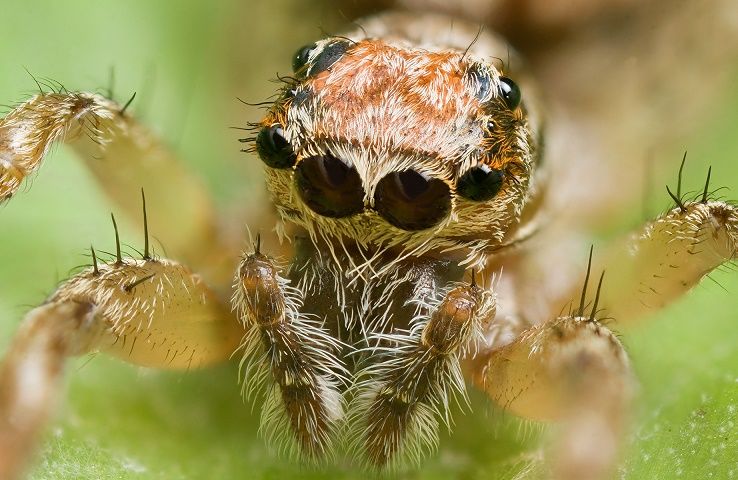 Many people think that spiders are insects, but they are not. Other arachnids include daddy long legs, ticks, mites and scorpions. Arachnids have eight legs while insects have only six. Insects also usually have feelers or wings; arachnids do not. Spiders spin silk but only certain types of spiders make webs. Silk is used to capture insects, which are the favorite food of most spiders. Other spiders are large enough to eat tadpoles, tiny frogs, fish and mice.

Although many people are afraid of spiders, they are really quite useful to humans. For instance, spiders eat all kinds of mosquitoes and other flying insects whose bites can cause diseases. They also help farmers by eating many of the insects that destroy crops, including locusts and grasshoppers.

There are so many types of spiders that their habitat is incredibly diverse. Only a few types of spiders live in or on the outside of houses, barns or other structures. Others live outside in fields and meadows, wetlands and swamps, forests, under rocks and in caves, in the desert and under water. The smallest spider is tinier than the head of a pin and the largest spider is over nine inches long.

All spiders are venomous and have fangs, which is how they kill their prey. But only a very

Few types of spiders have venom that is harmful to humans. These include:

All spiders only bite humans when provoked or trapped between the skin and another object. In most cases, even among spiders with harmful venom, there are usually only minor reactions, most times on the surface of the skin where the bite occurred.

One of the most interesting things about spiders is the way they eat. They do not have teeth with which they tear apart their prey. Most spiders use their fangs to inject the insect they are going to eat with venom. The venom will either instantly kill the prey or paralyze it. The spider then sprays digestive juices onto the solid tissue of the prey which dissolves the tissue so that the spider can eat it. Scientists say that if a large tarantula was going to eat a mouse, these digestive juices and enzymes would dissolve the tissue so that the tarantula could suck in the meat. Hair and bones would be the only part left of the mouse. Since a mouse is a large animal to a spider, the entire process would take around a day and a half.

Let’s take a look at some of the most common types of spiders:

Other hunting spiders include:

Jumping spiders are brightly colored and have very short legs. That doesn’t stop them from jumping high up in the air, as high as forty times their length. They like to surprise their prey by sneaking up and pouncing on them.

Crab spiders, as you might have guessed, look like teensy crabs. They have the ability to move forwards and backwards. Crab spiders live outside and can be found in flower blossoms. They lie in wait to attack butterflies and bees who come to feed on the flowers. Scientists say that crab spiders are one of the types of spiders with the ability to disguise themselves. They can choose flowers that are the same color as they are so that they can remain hidden and use the element of surprise on their prey.

Wolf spiders can live just about anywhere, including in burrows or near water. They are black, hairy and they can run very fast. They are sometimes mistaken for fisher spiders, who also live near water and sometimes in the water. Fisher spiders can dive into the water to chase insects, but the most interesting fact about these types of spiders is that they can literally walk on water.

While fisher spiders can dive underwater for a limited amount of time, water spiders can spend most of their lives living underwater. They can also make their own little house, which looks like a bell. They can push all the water out of their underwater web and then live in it breathing air bubbles for months at a time. Water spiders cannot be found in the United States, only in Europe and Asia.