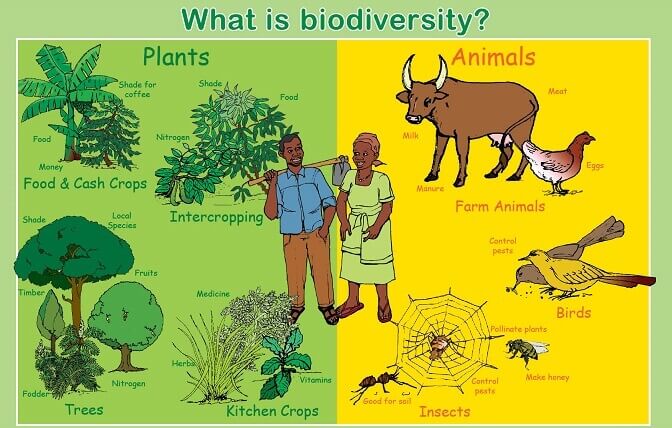 We are surrounded by a huge world of living things – plants, animals, microorganisms, – forming a variety of combinations in different parts of our planet. And the species for themselves and their complexes – biocenoses appeared long before the human species. With each epoch in the history of the Earth, this world is more varied. In place of the first primitive organism groups came new, advanced in respect of morphophysiological groups with more advanced evolutionary potentialities, and so it continues all the time, untill there is a life on earth. All of this is the result of organic evolution, which can be called in one word – biodiversity.

Biodiversity – it’s hundreds of thousands of species and diversity within populations of each species and the diversity of biocoenoses, that is, at every level – from genes to ecosystems, there is diversity. This phenomenon has long been interested in people. First, out of mere curiosity, and then consciously and often for practical purposes a person is studying their living environment. This process is not complete, since each century challenges and changing ways of knowing the composition and structure of the biosphere. They solved the full range of biological sciences.