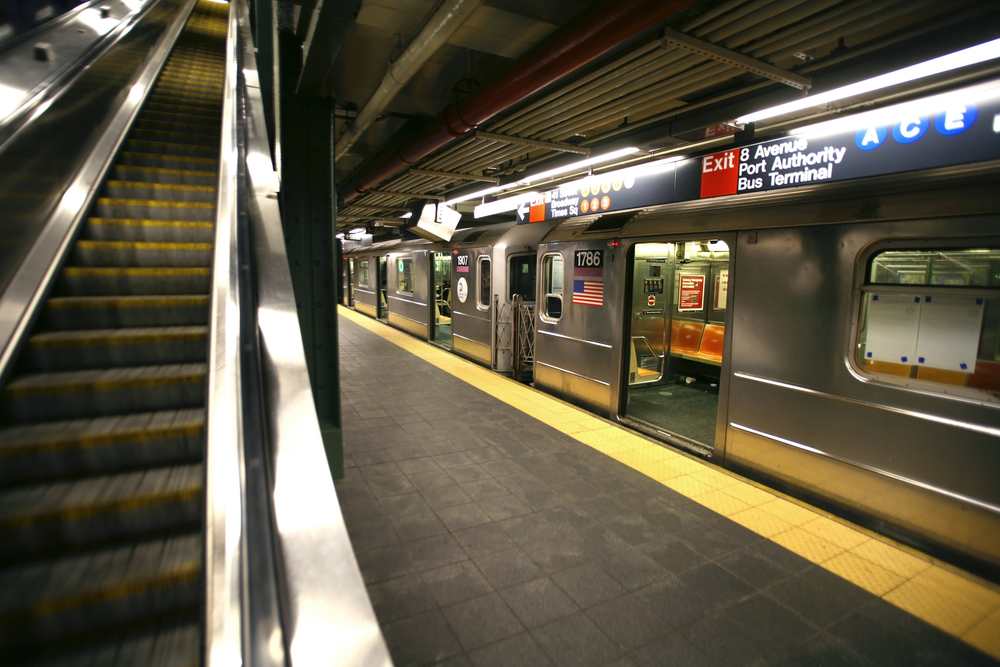 What Is Sustainable Transportation? 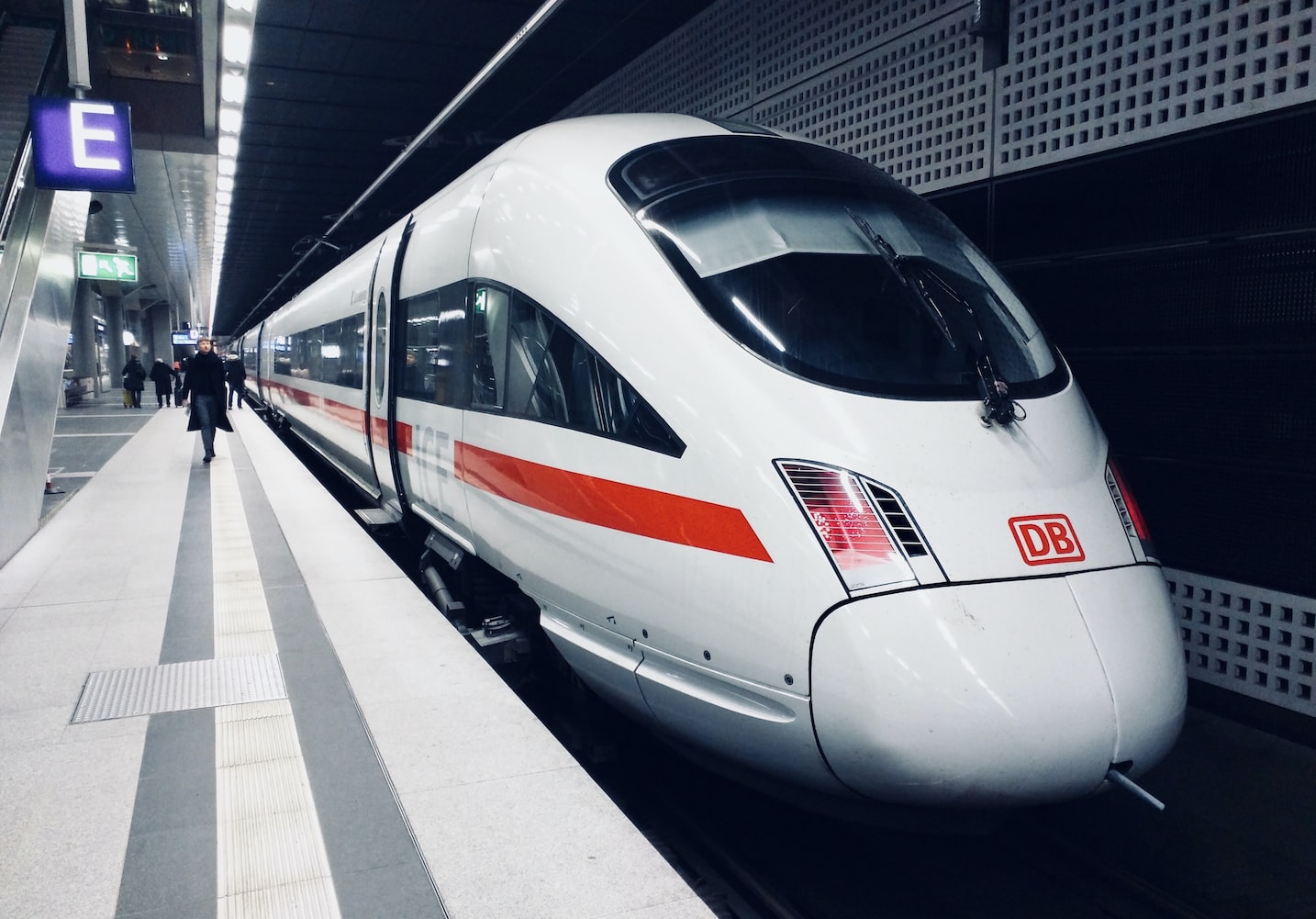 Transportation is sustainable if it can continue into the future without destroying the environment. Burning fossil fuels (oil and gas) had led to huge emissions, causing the well-studied “greenhouse effect” in which carbon dioxide builds up in the earth’s atmosphere. As the oceans heat up this, too, creates a feedback cycle or oceans that cannot cool the planet as they should, speeding up global warming. The topic is far too dense to cover in this article, but sustainable transportation doesn’t add to global warming.

Uses Few ​Or No Fossil Fuels

The easiest way to alter current fossil-fuel use is to buy a more efficient car. Cars that get excellent gas mileage (smaller, compact, usually Japanese) are a good place to start, or an electric vehicle (EV) will cut down on emissions. It does require coal to produce the electricity to power EV, however. EV helps because there are no emissions, but if every person on the planet drove an EV it would not solve the problem. EV is more sustainable than fossil fuels, but the truly sustainable solution is to use solar power or human power. Or, use a small EV vehicle like a bicycle or a scooter.

Vehicles that efficiently use fossil fuels do make a difference. The range of gas mileage for vehicles currently on the market runs from around 12 mpg up to 40 mpg. Drivers who choose vehicles with better gas mileage burn less gas and have a smaller impact on the problem of vehicle emissions. But because driving cars (and trucks) that burn fossil fuels is not a form of sustainable transportation, consumers will eventually need to switch to electric or solar powered cars. This problem is solvable, but saving gas on large trucks that transport goods (including food) is a more difficult proposition.

The best type of sustainable transportation is the human-powered kind. Since we are unlikely to revert back to horses, bicycles are a great way to get around and even an electric bicycle is a far better choice than an EV. In recent years, a leap forward in battery technology has produced affordable electric bicycles, sit down and stand up scooters, and even hover boards with self-balance gyroscopic technology. These personal vehicles use a small amount of electricity and close enough to human powered to provide sustainable – and fun – transportation.

The Need ​For Sustainable Transportation 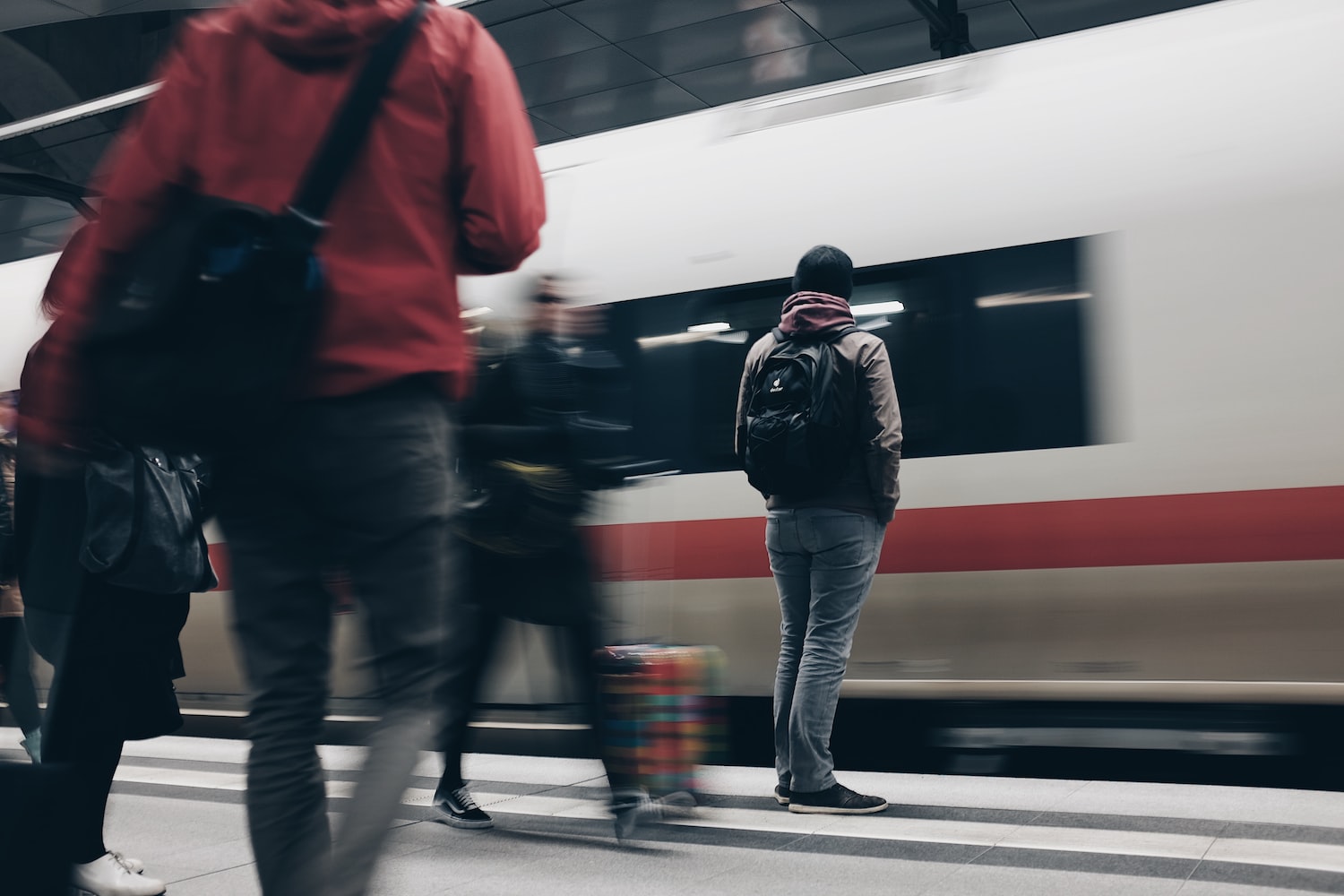 The population on the planet earth continues to grow to dangerous numbers. If we didn’t use cars, trucks, ships, and planes to get around, our need for burning fuel on a daily basis would almost disappear. Individual transportation, such as one person driving each day, has a huge impact when multiplied by millions. As densely populated countries like China, India, and Brazil improve industry, more citizens begin to drive. The ‘one car per family’ modeled in the US in the 1950s is happening globally and the planet cannot sustain it. The population problem is driving the need for sustainable transportation.

Industrialization ​And ​The Rise ​Of ​The Automobile

The increase in car ownership and truck distribution is due to the transformation of society from agricultural in the 1700s to an industrial revolution that created mass-produced vehicles. Agricultural workers began moving to cities in huge numbers in the late 1800s and by the early 20th century, when Henry Ford rolled the first Model A off the assembly line, huge American urban populations began buying cars. Agricultural regions moved farther and farther from cities, so food had to be shipped. Enter the trucking industry in the US. Goods delivered by boat and truck account for most food transportation in the U.S.

One Car Per Family

China currently has a population of over 1.3 billion people, and India is close behind. In the next ten years, India will likely pass China in population. Both countries have moved from largely agricultural to largely urban in the past 20 years, and as they urbanize more and more cars are produced, owned, and driven. As wealth increases, so does individual car ownership. As long as Chinese walk and ride bicycles, their sustainable transportation solution is in place, but we know from past experience that, like Americans in the 1950s, middle-class lifestyle means comfort, and that means buying and driving a car.

The global problem of fuel consumption is driven by both population and transportation of food, but there is another element behind the rapid expansion of automobiles around the world. Countries see the American Dream, and in it a private car and a large home. Countries with limited real estate may never build large homes, but a car is one symbol of American life that many people hope to add to their lives. As long as fossil fuels remain affordable, car production and car buying will not slow down.

As the population and environmental issues become difficult to ignore, problem-solving technology tries to keep up. Innovations in sustainable transportation are happening at a rapid pace, but many cities in the U.S. are stepping up and showing leadership. Cities on the west coast are beefing up infrastructure to improve mass transit while building more EV charging stations so owners of electric cars can always find a place to recharge. In Latin America, cable cars that run high above cities are gaining ground. Dockless scooters are all the rage as cities negotiate how to best handle this new sustainable transportation coup. 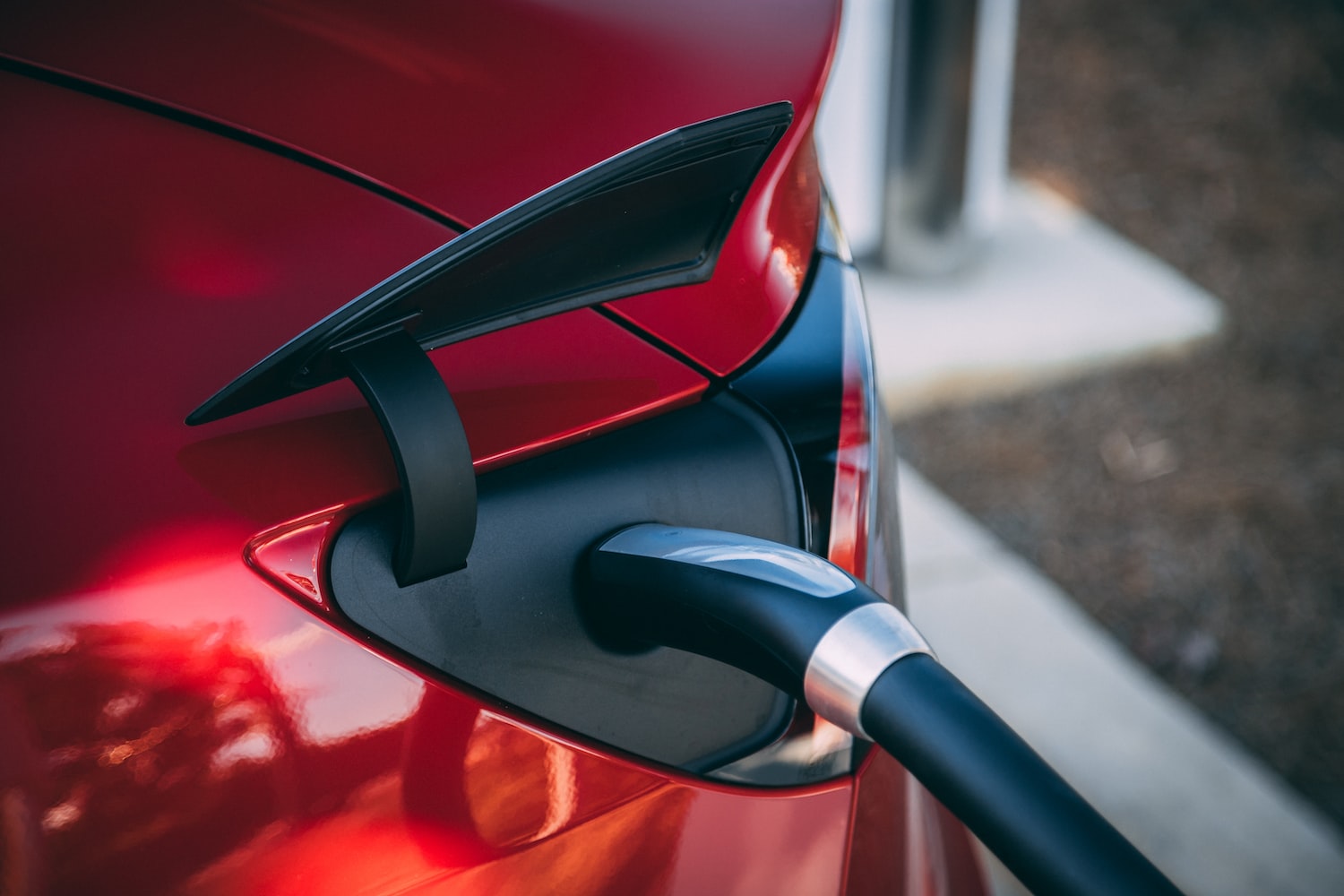 Cities have a big impact on pushing EV technology. Without EV stations to charge up cars, consumers are unlikely to take the plunge in buying a Tesla or the workingman’s EV, the Nissan Leaf. California has taken the lead in developing EV stations. In Sacramento, a $44 billion dollar initiative is underway. Ten charging stations are in the works, and a large fleet of ride-sharing electric vehicles will take to the streets along with private EV. In California, according to driveclean.ca.gov, there are over two thousand EV docking stations and more are being built each day. 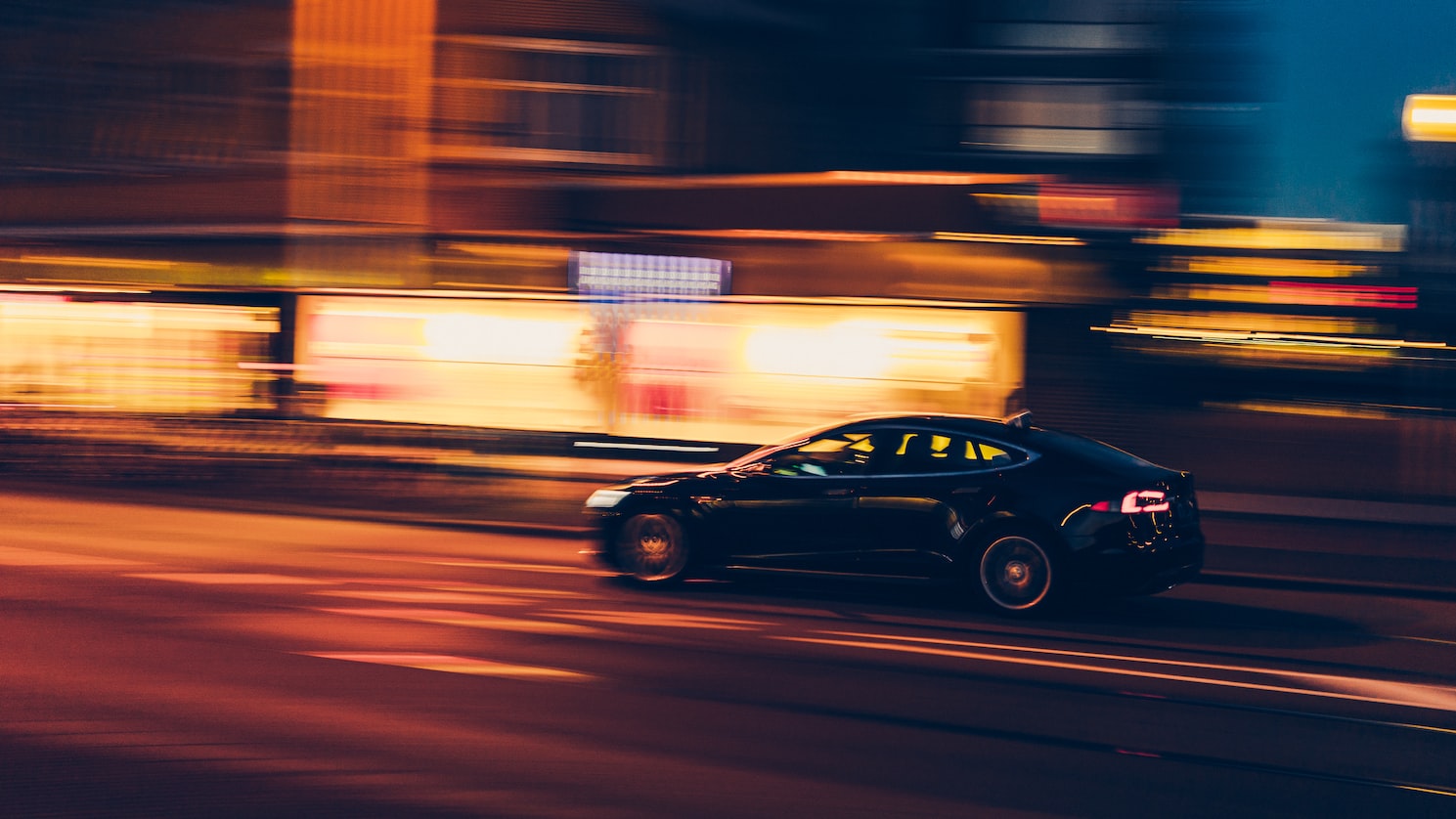 Better batteries have helped bring EV up to speed with cars that now go nearly 250 miles on one charge. But electricity itself can be more efficiently used, and Bombadier Transportation GmbH has developed an electric coil that goes into the ground to create a magnetic field that charges vehicles. This type of propulsion, called inductive power transfer, is currently being tested for trams and trains, but one day could change how electric cars are powered. Using magnetic rather than electric power reduces the need for electricity and, over time, the need for coal-burning electrical plants. 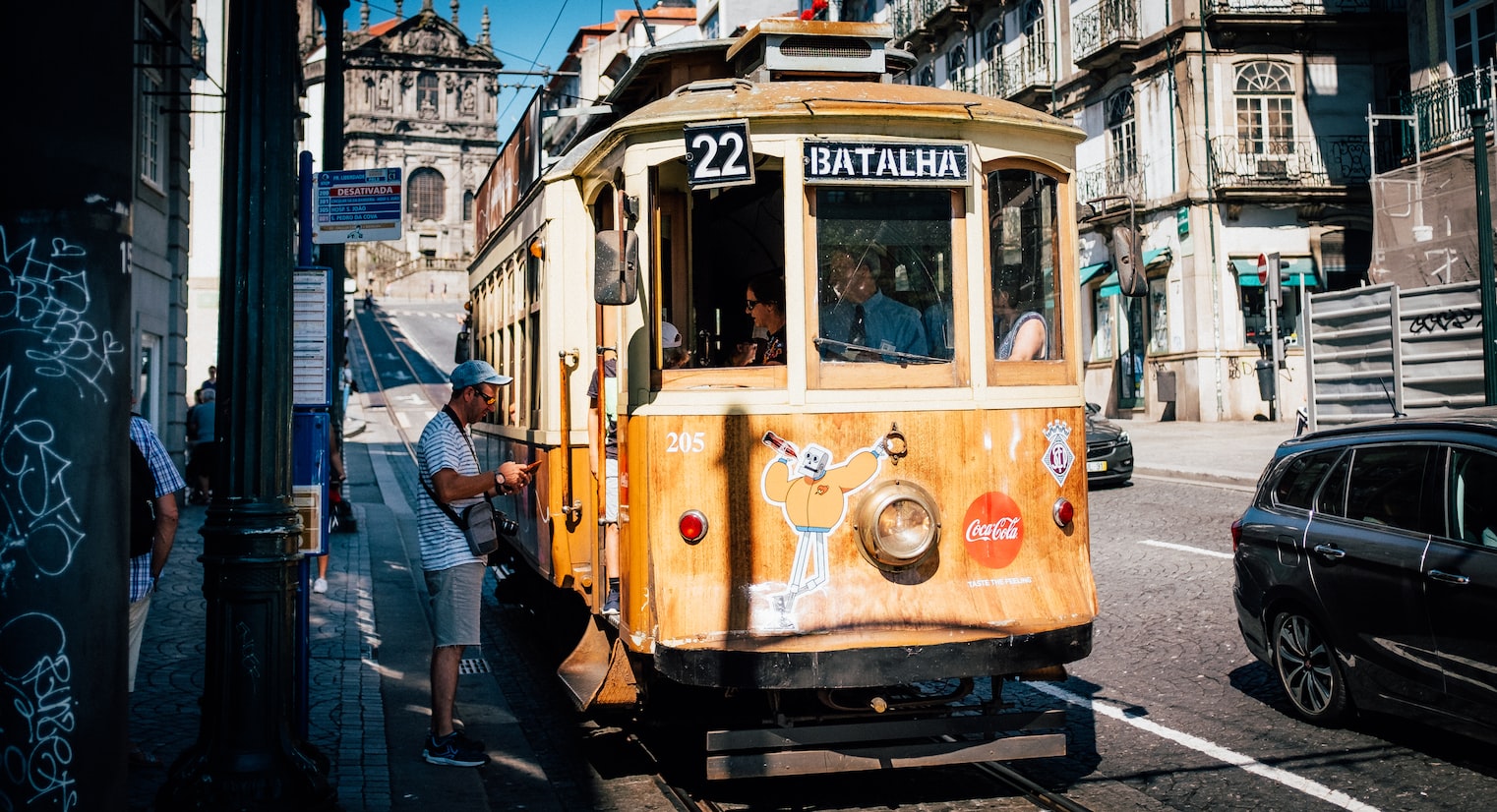 In Latin American countries and Mexico, where huge cities are creating huge air pollution problems, cable cars are becoming a practical way to get around in the city. Electric cable cars, also called gondolas, transport people huge distances above the city. This form of transportation is being used to combat air pollution so bad that people with health problems cannot go outdoors. The cable cars in Mexico City currently run three miles from the city center to outlying areas and are an affordable commuting solution. 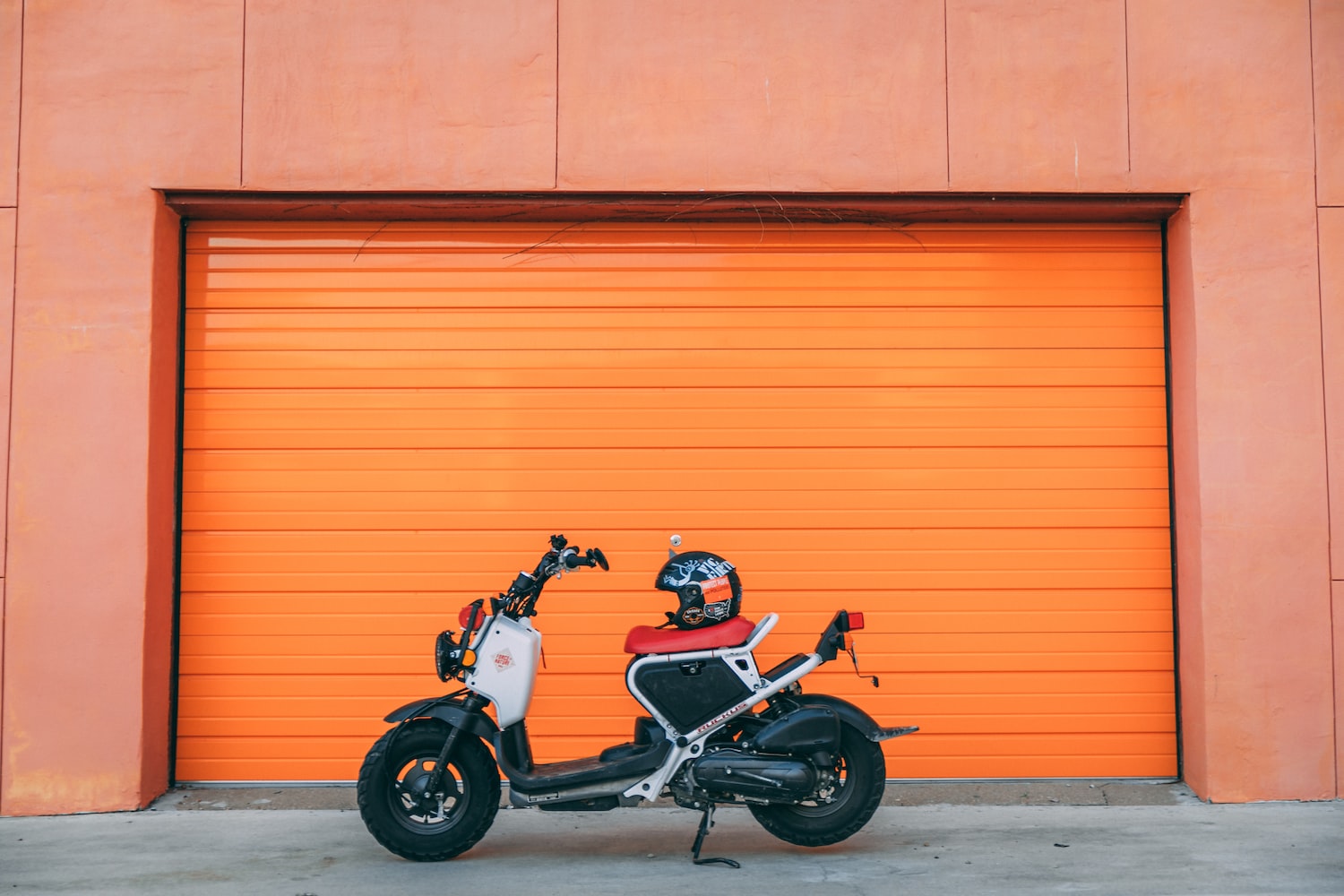 Two companies, Lyme and Bird, have taken personal transportation to a new level with adult scooters. Using apps, riders can pick up the scooters wherever they find them and pay for a short or long ride, leaving the scooter on the sidewalk when they reach their destination. Cities such as Santa Monica, CA and Austin, TX have embraced this virtually exhaust-free solution, and riders—especially young office workers—are using scooters all over town. These vehicles are easy to use, run up to 15 mph, and with shared scooters, won’t run out of charge for virtually any city commute. 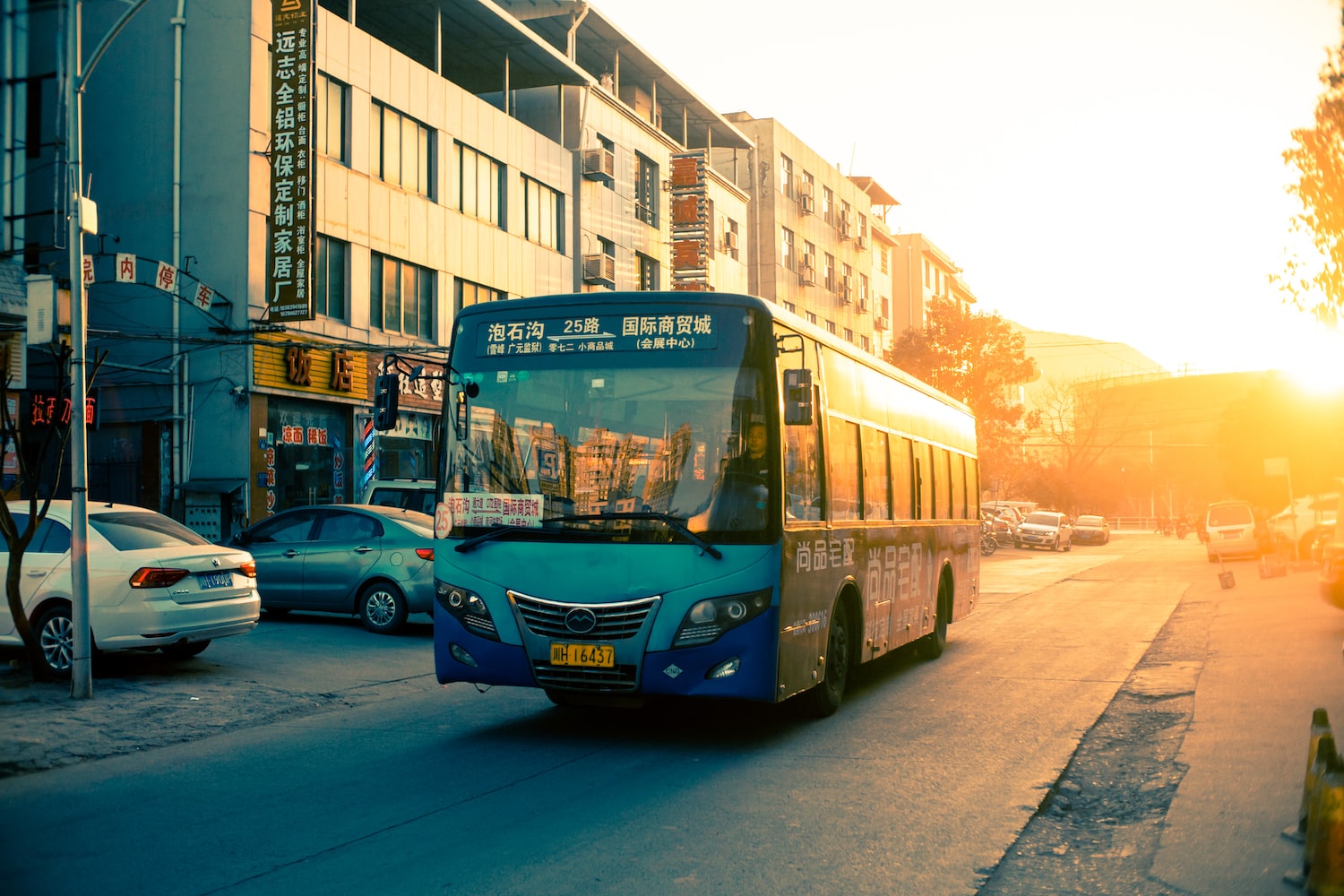 Indianapolis is building a 13-mile stretch of cable to power an electric bus line. The Red Line bus service will help up to 150,000 workers make their way across the city, cutting down on car traffic and emissions. This sustainable transportation solution was funded by taxpayers who were willing to raise taxes to build better mass transit solutions. Electric bus technology is improving, and so is the planning necessary to provide consumers with an incentive to use the bus. American cities, especially in an age where federal dollars are no longer free flowing, must make mass transit more appealing. 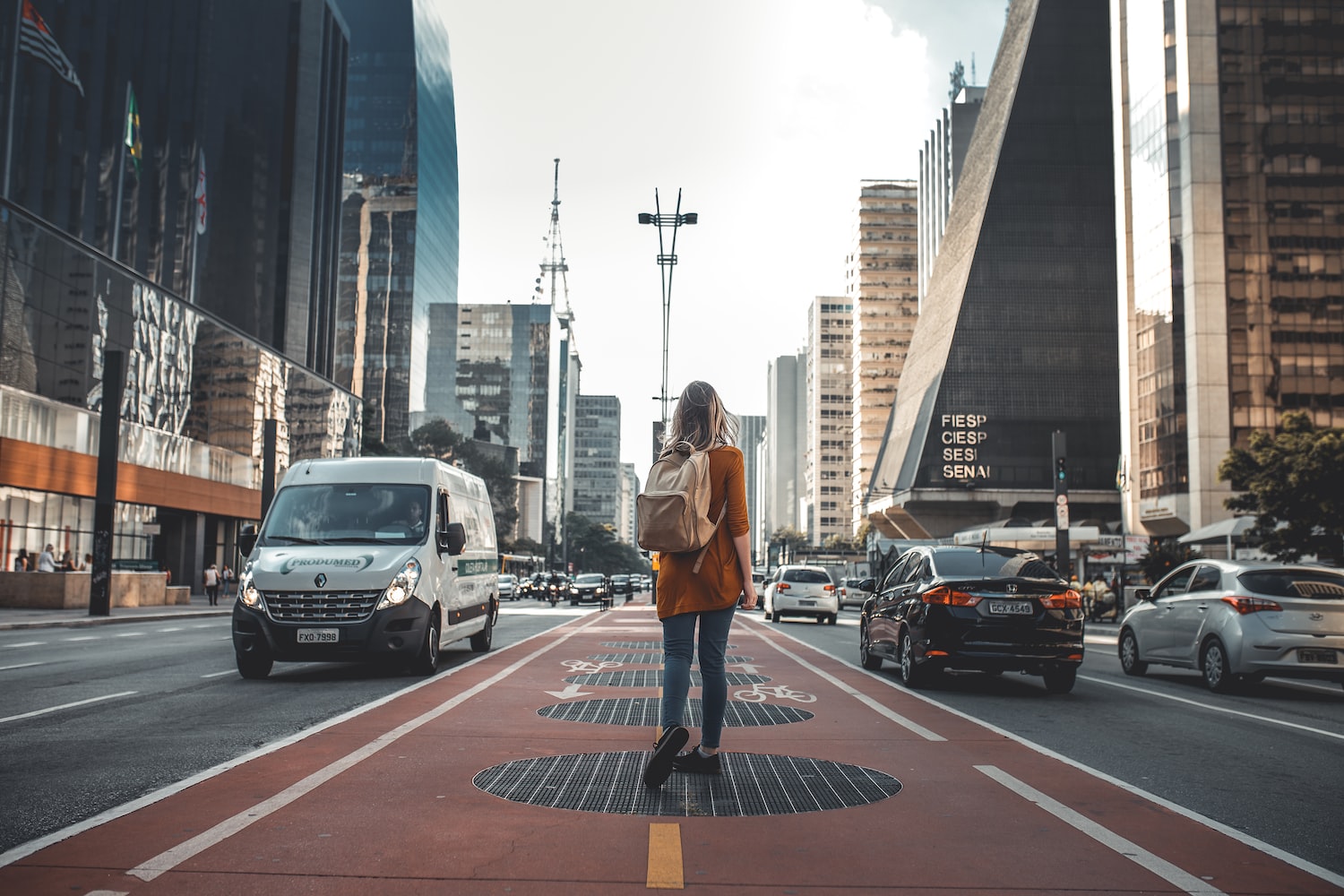 Some cities are making plans to give residents more choices about where to walk. Detroit is retooling its streets to emphasize a pedestrian-friendly environment, while Denver is ensuring that all neighborhoods in the city are within a ten-minute walk from a park. Denver’s city planning department is focused on making the capital of Colorado one of the most walkable cities in the nation with plans to cut down solo vehicle trips into the city by 50% in the next twenty years. Walkability is a desirable trait in a city and is usually included on real estate sites that calculate livability scores. 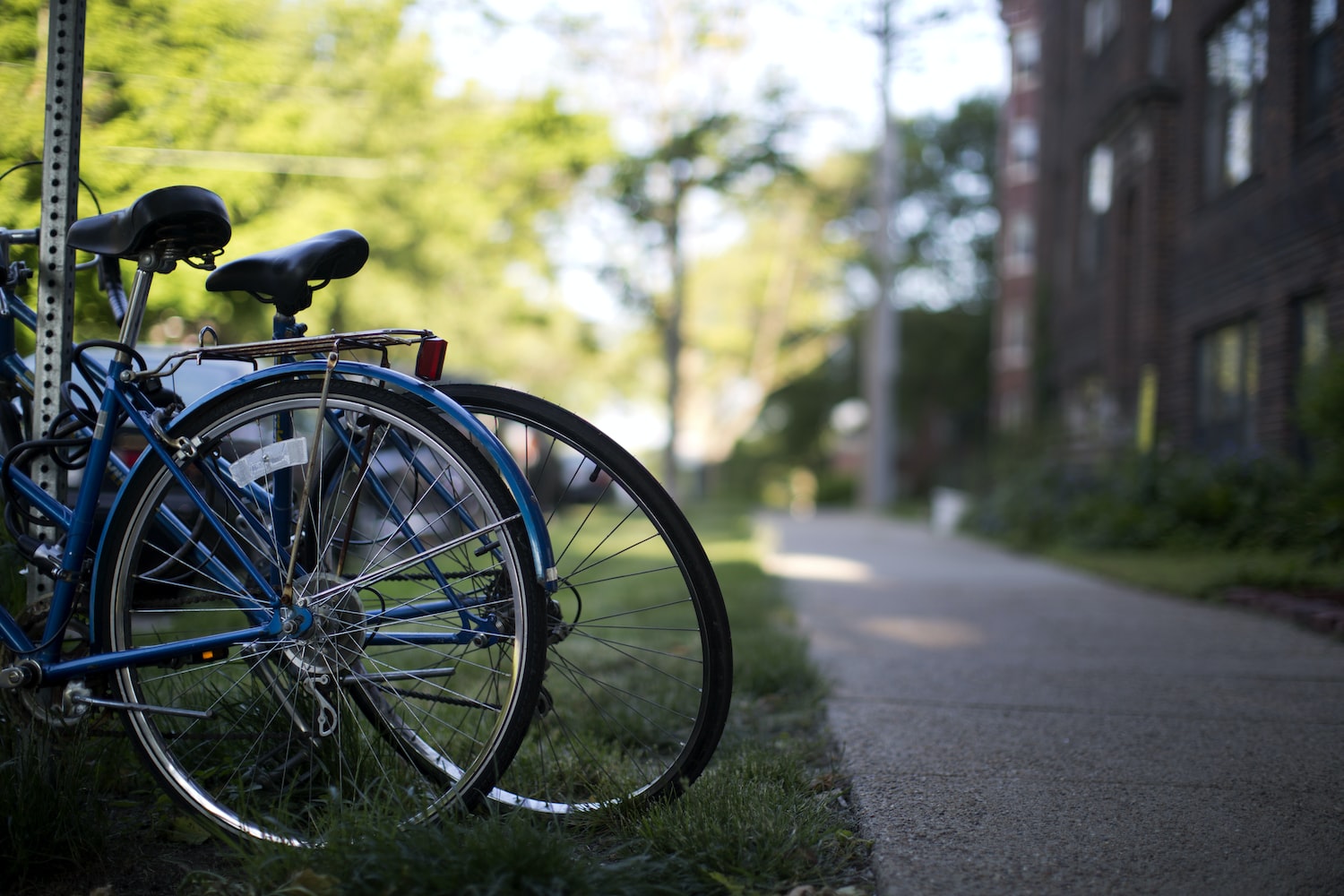 Bike paths can also accommodate walkers, joggers, and skaters—but this type of bike path only works if there is enough mileage to get users to work, to the store, or to the nearest bus stop. In Tucson, Arizona the county has recently finished The Loop, a series of multi-use paths twelve feet wide and impeccably maintained that take people over 100 miles around the city and into outlying areas. The Loop doesn’t yet allow electric vehicles, but that could change as scooters and bicycles become go-to alternatives to cars. 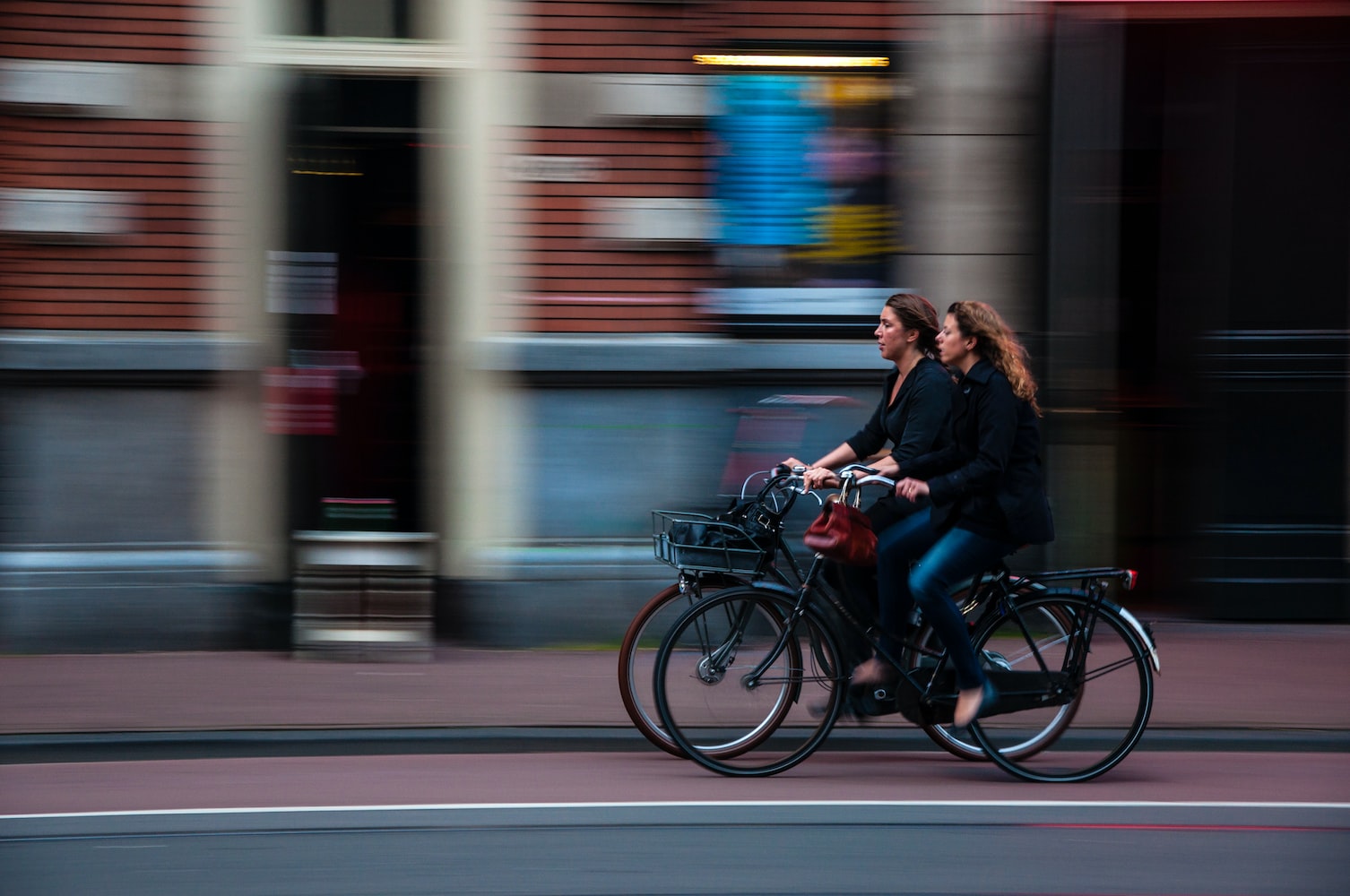 Cities that promote bike sharing and build safe, wide shoulders for bicyclists make bicycling a realistic alternative for commuting. Many adults want to use a bicycle for short trips, but the danger of traffic keeps them off the streets. Safety innovations such as colored bike lanes and wider shoulders can increase bicycle traffic for a sustainable transportation alternative. In the US, better bike lanes bode well for the future of bicycling as a form of human-powered sustainable technology. Dedicated bike sharing programs appear in cities, allowing users to ride from one docking station to the next for a small fee. 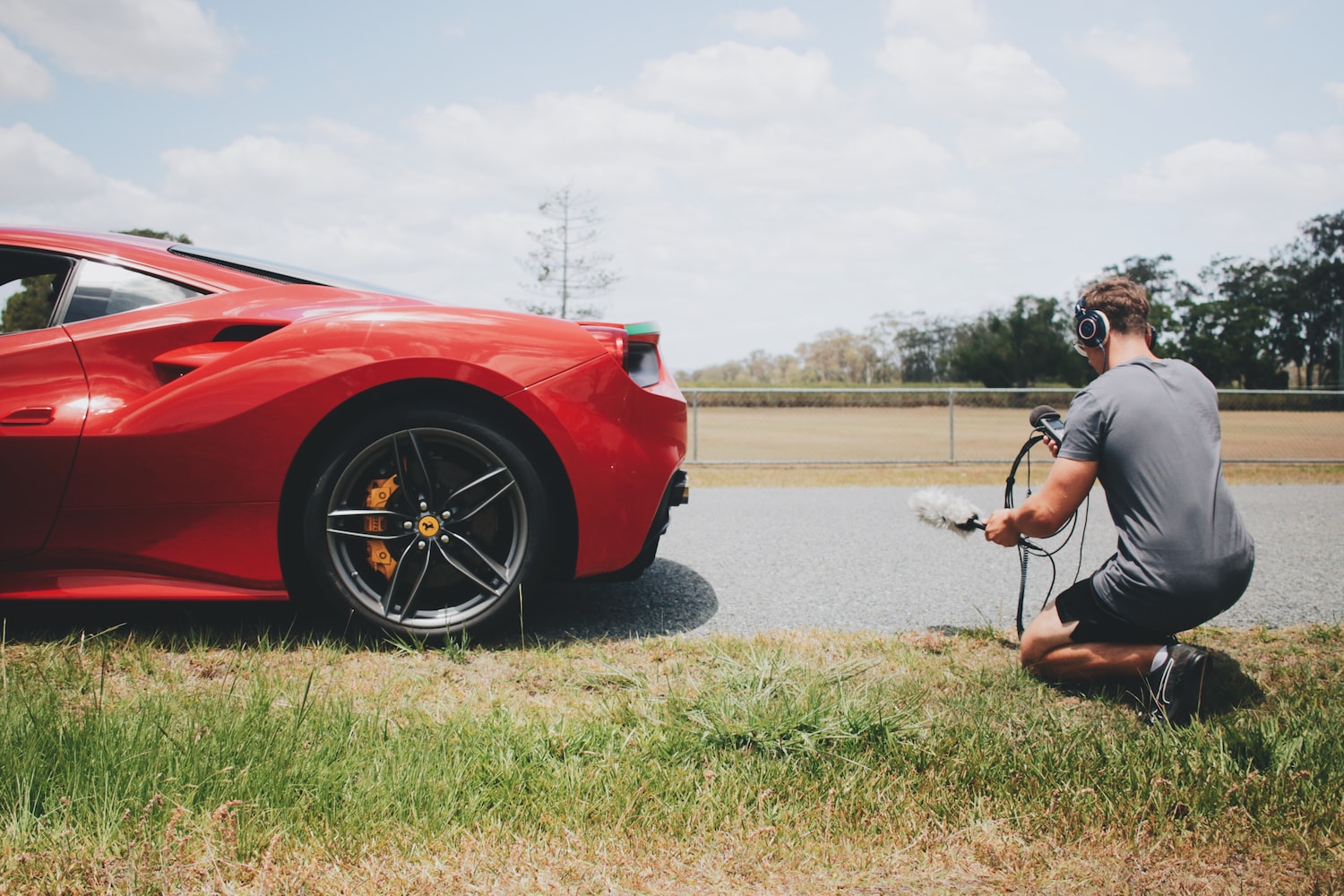 The best news in EV are improved batteries, meaning not only a longer range for passenger vehicles but also much shorter charging times. Driving a Tesla or Chevy Bolt? If so, the 240+ range and quick charging mean a cross-country trip is within reach. Vehicles, including SUVs, with ranges nearing 400 miles should be possible within the next few years. Lighter weight materials are adding to the mileage ranges. Once EV technology and SUV comfort are combined, and the range runs upwards of 300 miles per charge, American consumers will begin buying EV in large numbers. 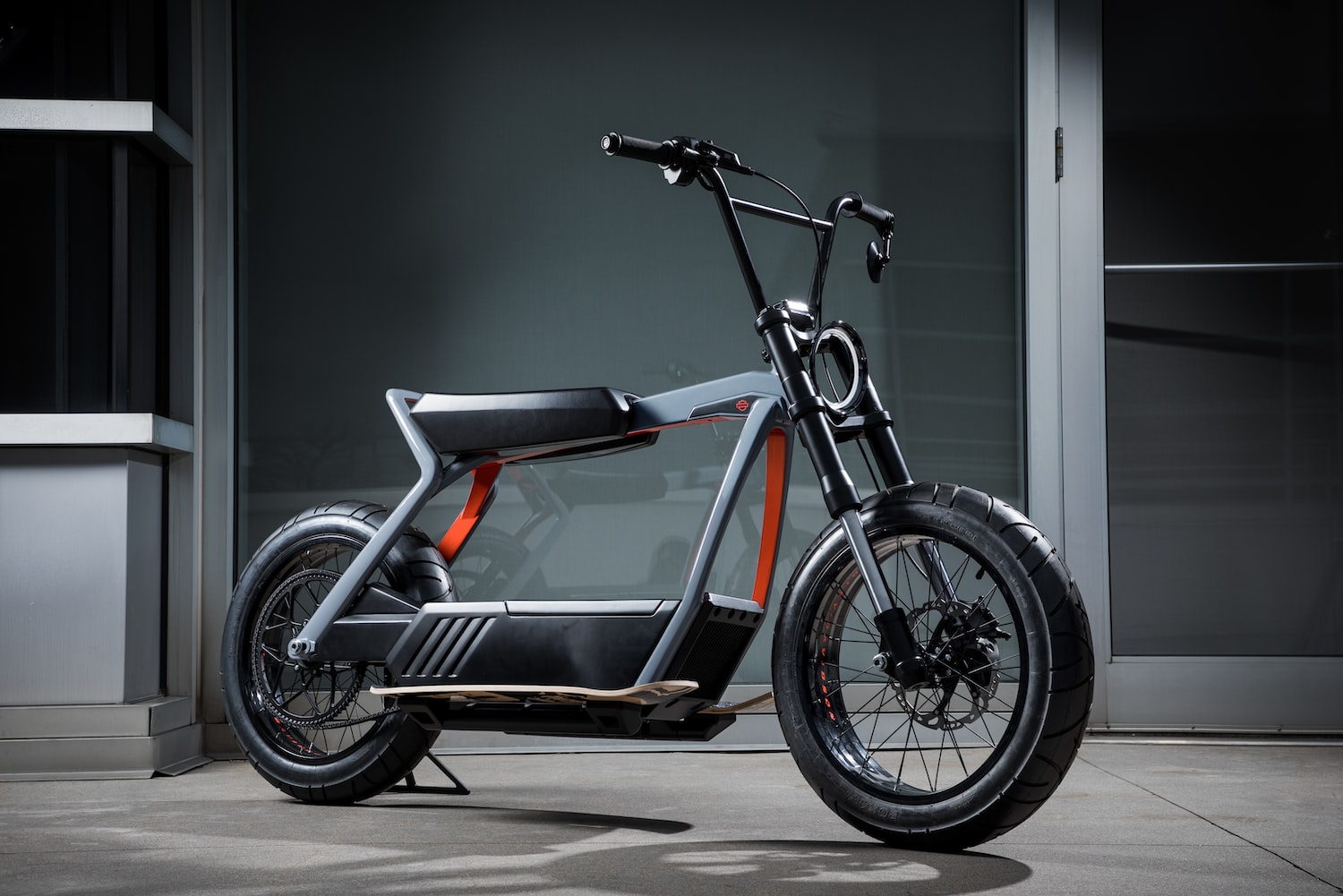 Bikes are a great way to get around because they can ride on streets, on multi-use paths, and sometimes even over rough roads, dirt, and gravel. Electric bicycles make going distances of 20 miles or more a breeze, and new electric bicycles are affordable, starting in the $700 range. Innovations such as battery extenders and automatic transmissions are making electric bikes more comfortable and more practical.