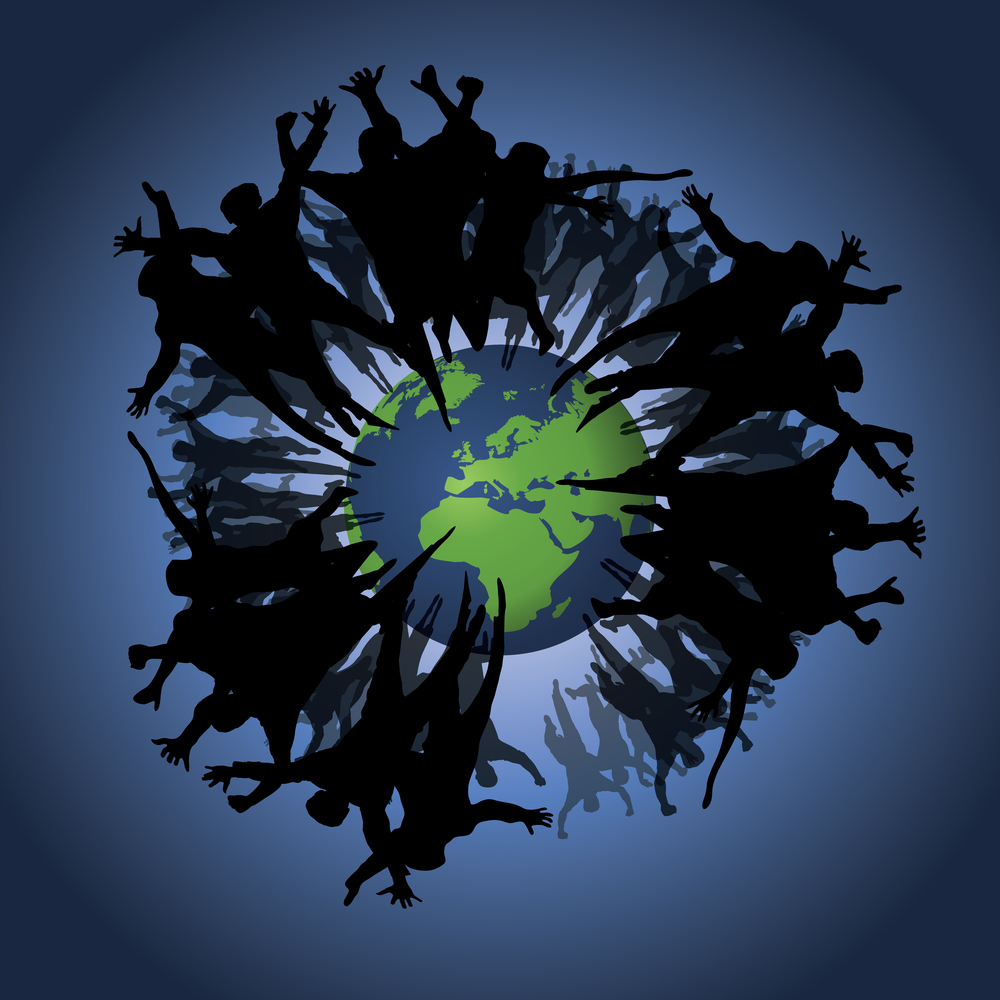 Overpopulation solutions exist. We review ten that have worked in the past and discuss the pros and cons of each. 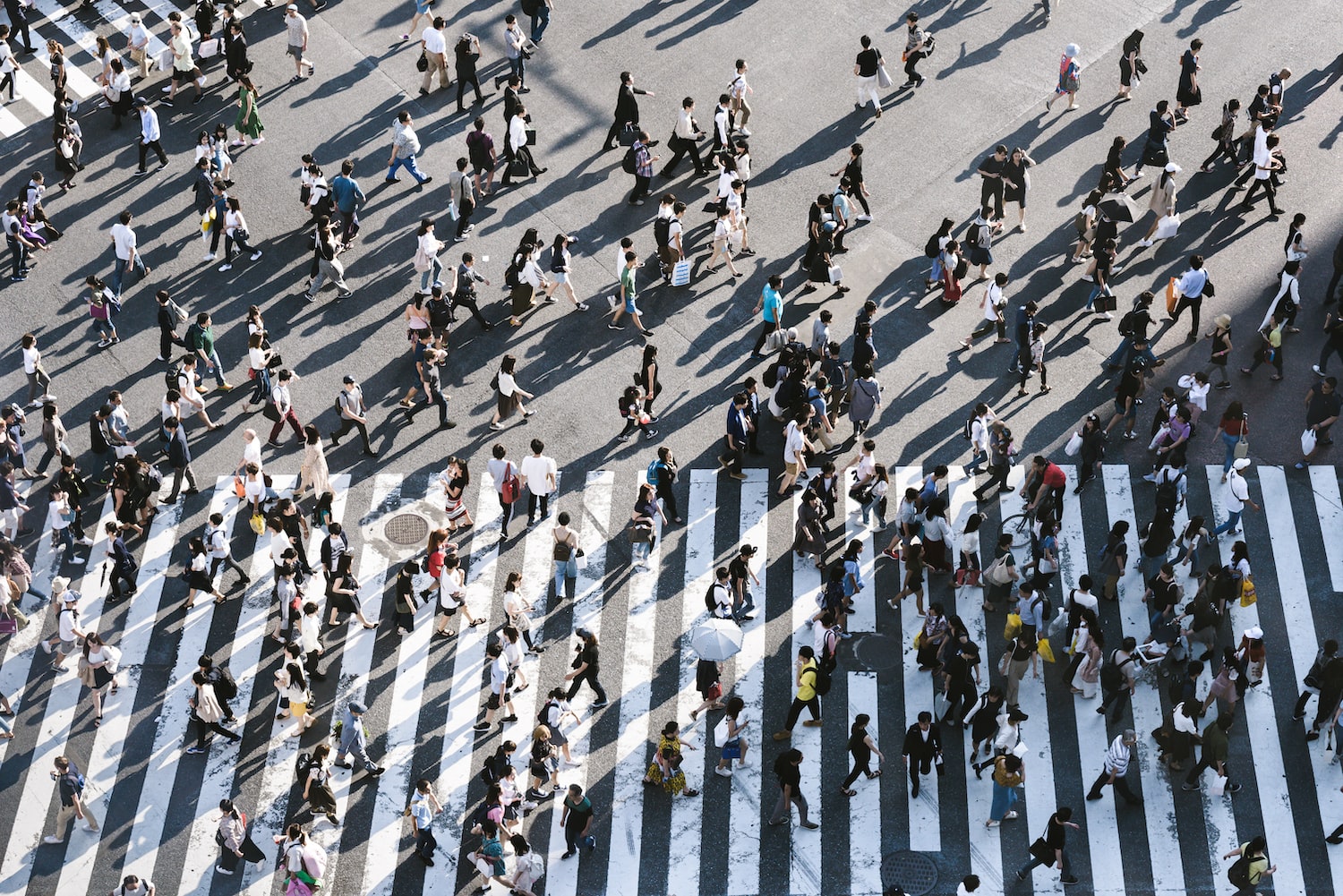 The environment isn‘t going to clean itself up, and the more people who share the planet the more shortages of clean water, healthy food, and space will contribute to affect things as global warming gains steam. To be part of the solution to global and regional overpopulation, it helps to see the connection between public health, education, environmental awareness, and overpopulation. Overpopulation solutions focus on educating women. Before we go into detail about our top ten solutions, we address a few FAQs on the topic.

This term refers to too many people living in an area, whether region, city or continent but largely refers to the overpopulation of the planet. Too many people mean food insecurity, poverty, degradation of the environment, and lack of renewable resources. Countries like India, Bangladesh, Brazil, and China have large populations that strain the ability of the country to provide adequate health care, housing, clean water, and clean air. Overpopulation leads to too many cars, excessive garbage, and degradation of waterways and air quality.

2. What Are The Overpopulated Countries?

Monaco and Vatican City, two tiny countries, are the most population-dense in the world. Other countries that fall in the top ten include Singapore, Bahrain, Malta, the Maldives (islands), Bangladesh, Barbados, Taiwan, and Mauritius (another island chain in the Indian ocean). Overpopulation solutions in these countries are already in place, in most cases, but Singapore continues to expand by reclaiming land from the ocean.

3. Why Is Overpopulation A Problem Now?

Many factors contribute to overpopulation today. It has been many decades since a major epidemic or illness could cut down the population. The last major epidemic in the US was the 1918 flu, which killed a significant percentage of the population. Birth control, while available in developed countries, is difficult or impossible to obtain in many second and third world nations. Overpopulation is also a problem today because in densely populated countries without limits on population, the problem becomes geometrically exponential each year.

4. How Is Poverty Linked To Overpopulation?

Overpopulation solutions often focus on eradicating poverty in order to keep the population down. Poor people often have more children because additional children mean more of a chance of getting out of poverty if one child succeeds and because agriculture is rewarded by large families (farmers need many hands). At the same time, poor urban women have children for reasons having nothing to do with farming. Often, they have children in their teens as their mothers did. In some communities, having a child makes a teen a “woman” and gains the respect she might not otherwise have.

The Chinese government recognized that too many people would quickly overwhelm governmental resources. In the 1960s, the average Chinese woman gave birth to six children; by 2014 the average family size was 1.5 children. Unintentional consequences such as forced abortions (of female babies), gender gaps (too many boys, not enough girls), and not enough young people to take care of the old caused the government to curtail the policy. The birth rate, however, has remained low because more girls grew to be women who gained education and decided against becoming mothers.

6. What Are Overpopulation Solutions I Can Practice?

If you want to help impact the problem of overpopulation, realize that even if you live in a country where the population is falling, such as the US, you can help by limiting the number of children you have or, better yet, adopting a child from a country with too many, such as India, Bangladesh, China, or Singapore. Make sure your children, especially girls, get a college education. Do what you can to help address poverty in your community. Consider teaching a ‘sex ed’ class, if you are able, at a high school. Discuss in your church ways to bring overpopulation solutions to the consciousness of the community.

7. What About Countries Where Population Is Falling?

Although the U.S. has replaced its population in the past, the country is now gradually declining in population. Legal immigrants, who traditionally add to the brain power and innovative workforce of the U.S., can now enter the country in larger numbers. The best of the overpopulation solutions, however, is exporting U.S. technologies like irrigation systems to reduce chronic poverty and hunger. Worldwide, 870 million people are chronically undernourished and exporting farming systems to save resources such as water and soil. 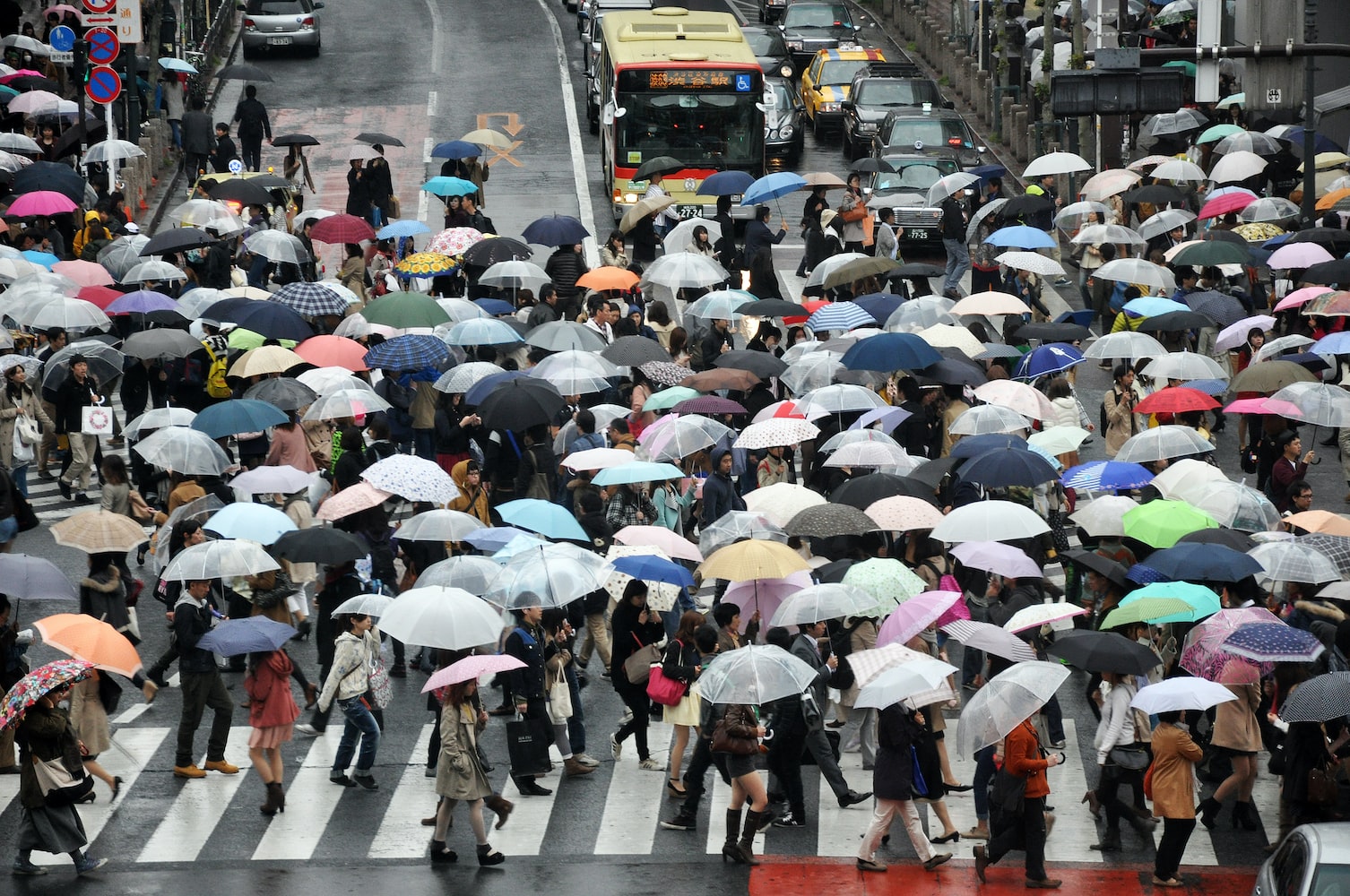 We reviewed overpopulation solutions that have been attempted or are currently in place. We chose the top ten solutions, and while there is overlap in certain areas, these solutions are evidence-based and almost all of them are highly effective when implemented. All of these ten overpopulation solutions have been proven effective based on epidemiological evidence, controlled research studies, and peer-reviewed research. The only solution with dubious effectiveness is educating people about the problem of overpopulation. This approach does provide education but often amounts to little action.

Researchers who have significant funding can perform large-scale studies using randomized, controlled experiments. These types of research projects take years, involve dozens to hundreds of participants, and use proven statistical methods to determine levels of certainty in answering the original research question. In the case of overpopulation, many studies analyze huge data sets (in the thousands to hundreds of thousands) to determine population trends. This is often referred to as “epidemiological” data because it covers whole populations and compares overall trends in large groups.

Overpopulation at its most basic level is a result of too many people having too many children. Women who understand the consequences of sex are far less likely to get pregnant at a young age and less likely to have multiple children they cannot financially support. It’s true for boys and men, too, but girls and women have a better chance of keeping contraception in the conversation. Educated women, as we will see on this list, are a huge asset in the battle to keep the human population under control.

This simple solution to overpopulation is to make sure girls (and boys) have access to condoms and other forms of birth control. Like Sex Ed, this is one of the simplest overpopulation solutions but it faces resistance in countries and communities where women’s rights are limited. The fight for birth control is still ongoing, even in developed nations like the United States. There is no shortage of condoms in the world, and this simple and effective prophylactic is especially effective in preventing pregnancy for teenagers.

The higher the level of education (especially women’s education) in a given country, the less an overpopulation problem exists. This is a known statistical fact and promoting formal secondary and higher education is one of the best overpopulation solutions countries and communities can attempt. Education benefits individuals and families in so many ways, this one should be a no-brainer—but it is often overlooked when evaluating overpopulation solutions that work. Most countries see the value in providing low-cost or free public education, so this is a solution already in place, ready for expansion.

Empowering women, like providing general education and Sex Ed, is one of the overpopulation solutions that works based on statistical studies. Countries with more women who have college degrees, freedom from oppression, and hold jobs outside the home have fewer problems with overpopulation. Women who have economic opportunities are not forced to stay home, have children, and prove their worth through childbearing alone. Women who are empowered also have better health, greater economic freedom, and when participating in government, help promote societal equality.

This is one of the overpopulation solutions that works theoretically, but it requires years of planning, leadership and sunk resources to work well. In nations where the central government is stable such as China and some European countries, this can work well. But in volatile political climates like the U.S., most South American countries, and some African nations this solution is difficult to implement consistently over time. Incentives include financial support for schools that teach Sex Ed, subsidizing higher education (especially for females) and offering free clinics that teach Sex Ed and distribute free birth control.

The only country that has implemented one of the most controversial overpopulation solutions is China. Because the communist government of China has an iron grip on policy and implementation, this legislation was implemented firmly and decisively in the 1980s and it worked. The one-child idea has reduced the population of China and, as a side effect, empowered women. The Chinese have felt the repercussions, however, with whole generations so small that they are unable to easily care for their elders.

A number of government policies contribute to or undermine overpopulation solutions. For example, in the state of Texas and other conservative U.S. states, it is not possible to teach evolution much less Sex Ed. By changing government policies and enforcing the changes in every community, huge gains could be made in fighting overpopulation. Three policies would immediately improve the situation: first, requiring secondary school education for girls; second, teaching Sex Ed starting in elementary school; and, third, subsidizing higher education so poorer people can gain college degrees.

The newest trend in healthcare is providing counseling, check-ups, and prescriptions online or via telephone services. Apps like Skype make it possible for a doctor or nurse to “examine” a patient at a distance and dispense advice and medication quickly and more cheaply. One of the overlooked overpopulation solutions, telemedicine can be practiced anywhere there is Internet access and is a direct way of communicating on topics such as birth control and family planning that are critical in reducing population growth.

In the 21st century, the Pope has shown a remarkable capacity for progressive policies. Religion, especially Catholicism, often rewards adherents who “go forth and multiply” and this philosophy is out of fashion in the modern era of overpopulation. A message from the church on family planning, gaining an education, and giving women roles of leadership (such as priests) could wipe out overpopulation in a few generations in predominantly Catholic countries.

The reality of overpopulation is not a topic governments want to face. Like global warming, it is a largely nebulous problem that people believe will affect them “in the future” but the future is now in many countries. Twenty years ago in the U.S., the effort to reduce cigarette smoking began. At that time, about 1 in 4 adults smoked. Today, fewer than 1 in 7 (less than 15%) of adults smoke. Tobacco control efforts have contributed significantly to lowering overall cancer rates. The campaign to reduce smoking was a public health success story that used a comprehensive approach, and the same can happen in family planning.