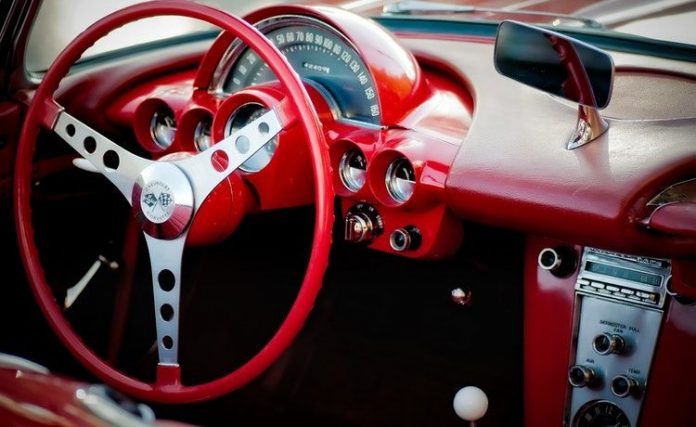 The humble steering wheel lock; the wonderfully awkward, spectacularly ugly contrapment that almost smashes through the car window with it’s presence as you walk alongside it in the street, alluding to it’s overprotective owner.

You know, the 60-something year old man who pulls back the curtains to see what the neighbours are doing with the recycling bins.

It’s not a particularly glamorous subject, the steering wheel lock, but one which warrants a serious discussion. Why? Because no-one wants there car nicked. In fact in the US alone, just under 9 billion dollars worth of cars were stolen last year.

Let’s put that into perspective shall we? If auto-theft was a functioning business, it would rank just above Macdonalds based on it’s market capitalisation on the biggest companies of america list.

On the other side of the Atlantic, in the UK, there are 50 cars stolen every minute. So we need to go that little extra mile in making sure our car doesn’t become a statistic.

It really doesn’t matter if you have a Ferrari or Ford, your car is a target. Criminals can receive up to three times more for your car being dismantled and selling the parts on than for selling it as a fully functional vehicle.

Incidentally, should you find your vehicle is stolen, this is a good piece on How To Recover A Stolen Car—I used it when my car disappeared.

The ‘Original Club’ Steering Wheel Lock gained notoriety when the manufacturer offered to cover the insurance excess if your car was stolen. But is it any good?

Well, yes and no. As you can see from the link to Amazon above, the price is steep. But for that you’re getting an extremely durable lock. It boasts being resistant to hammering and sawing, and more notably freon attacks (car thieves spray freon on the locks of these anti theft devices then smash them).

So for this kind of lock, The Club is the best. However, it still won’t guard against a criminal simply cutting your steering wheel and slipping the lock off.

If you don’t quite have the stomach to spend the money on The Club, then check out the EFORCAR . It’s universal, so you can use it on cars, trucks, SUVs, and other steering wheel controlled vehicles.

Okay, so it’s less the price of The Club, so what’s the catch? Well very little actually. The main issue is this lock isn’t freon resistant. A thief can still just cut the steering wheel (which they do so often).

All that said, this column lock consistently receives excellent feedback, and given the price makes it a serious contender for the best steering wheel lock.

When I had my car stolen the crooks simply cut through the steering wheel. If I had a disklok maybe my car wouldn’t have ended up as a burnt wreck in some woods! Diskloks certainly aren’t totally unbreakable, but they offer the added protection of covering the whole steering wheel—stopping airbag theft too.

If you’re willing to go one step further, a popular anti theft technique is to ‘mod’ them (modify) by welding a steel plate to the back. Overkill perhaps!

Okay, so this isn’t the best steering wheel lock because it’s not actually a steering wheel lock! But bear with me! The ‘Tire Claw’ is like a very portable wheel clamp which has the advantage of being able to protect not just cars, but trailers and bikes too—in fact just about anything with a wheel.

The advantage of the Club Quad Lock is that it offers the strength of a Club lock with the added airbag protection.

Again, the issue is cutting the steering wheel, but a car thief would need to make multiple cuts here and may not have the time.

As you can see, it’s not a question of which is the best steering wheel lock, but which is most suited to your vehicle and your needs. If you have any comments please don’t hesitate to leave them below.

After car security you might want to keep your car polished. Hufnagel cycles wrote and interesting article about this topic.

How many times have you heard the phrase “if a criminal wants your car, it doesn’t matter what anti-theft device you have, they will take it”? Well granted, it’s not as catchy or well known as ‘the early bird catches the worm’ but nonetheless, it’s still true. However that’s not the point here.

It’s a risk Vs reward thing. When I trawl the streets looking for my next car window to smash, I am considering the risk of me getting caught against the reward of driving away with your car.

If I see a steering wheel lock on a car, I know that even if it’s a worthless Asian import (the lock not the car!), it’s still going to take me longer to get past it and drive the car away, hence substantially increasing my risk. My decision? To steal the car parked next to yours!

This deterrent factor is THE reason you have to start using a lock for your steering wheel if you value your car in any way.

I hated math as a kid, but I’m slowly coming round. Part of that is thanks to hearing obscure probabilities and admiring the people who work it all out. For example the probability of any guy between 24 and 45 never having a sexual partner is just 2.8%.

I digress. Let’s work with the maths on whether or not your should invest in a steering wheel lock.

Someone ‘cleverer’ than me can tell you that to vastly increase the probability of your wheels staying in your drive, you can use a device that costs approximately 0.19% of the cost. Maybe that nosey 60 year-old man was on to something.

A number of insurance companies will reduce your insurance premium given the use of anti-theft devices such as a steering wheel lock. Check out 7 Other Ways To Save On Your Car Insurance.

1.) Is It A Thatcham Approved Anti Theft Car Device?

Any anti theft car device worth its salt is Thatcham Approved. There are steering wheel locks and there are Thatcham approved steering wheel locks. The latter are usually made of hard to break metal, whereas the former are usually made of glass. Well, not literally, but they certainly won’t be as effective as an anti theft car device.

The Motor Insurance Repair Research Centre (MIRRC), also known as ‘Thatcham’, tests hundreds of anti theft car devices every month, and the better ones receive their stamp of approval. You’ve probably noticed your insurance premium is lower if you have a ‘Thatcham Approved’ car alarm or immobilizer. A good anti theft car device will certainly grab their attention.

2.) How Heavy Is The Steering Wheel Lock?

You may be thinking that the heavier the lock the better. But actually you need to take into account how awkward it is to handle and fix on the steering wheel.

A cumbersome anti theft car device may reduce the chances of your car being stolen, but if you end up not being bothered to actually fix the lock, then car thieves won’t think twice. The weight is actually one of our recommended lock features to look out for.

And don’t think that just popping out the car for 2 minutes means you don’t need to use your column lock. An experienced car thief could break into your car and hotwire it within seconds, even if you have an immobilizer.

3.) Does It Cover The Whole Steering Wheel?

This is an important one because Diskloks (the brand is spelt that way) offer protection for the whole wheel, whereas most others (such as ‘club’ locks) just lock to a section of the steering wheel, rendering it impossible to turn all the way without breaking it off.

If you don’t have a Disklok, all a car thief need do is cut out a section of the steering wheel and steal your car! That’s not to say they won’t hinder a thief, but their use is more as a deterrent than a useful anti theft car device.

4.) Is The Lock Freon Resistant?

This may seem like an odd feature, but make sure the actual lock can hold its own in freezing conditions. Car thieves spray freon gas onto locks to make them weak and brittle, then smash them open. The whole process takes just a few seconds!

If you don’t believe us check out this youtube video of the effect of freon on a piece of taffy!

Of course 8 out of 10 car thieves are opportunists and most likely won’t have freon gas with them, but for the more professional criminals you need your anti theft car device to make them give up quickly, which they will if it takes longer than expected.

At the end of the day a steering wheel lock is a deterrent. If a car thief really wants to steal your car, they simply will. The question is how much hassle you make for them.

Experienced car thieves won’t care what lock you have, but a novice youth looking for a joyride will certainly think twice if your steering column lock looks difficult to break into.

If the answer’s no then you could go for the nuclear option of actually removing your steering wheel altogether! What better anti theft car device is there!? You can buy after market steering wheels that easily detach from the column. Simply pop it in the trunk or out of sight near the passenger side and car thieves won’t bother trying to steal your vehicle!

If you can get over any aesthetic hold ups or any resistance to actually using it then it’s pretty much a no brainer. So if you’ve decided a steering wheel lock is for you, congratulations, you’ve graduated to checking out Best Steering Wheel Locks for your vehicle.

Right, now I’m off to plan my life of crime. 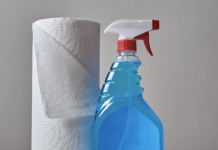 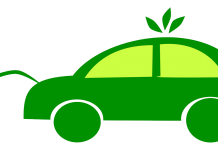 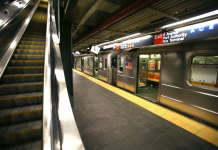 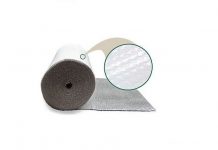 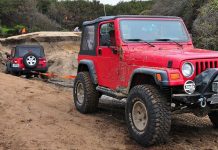