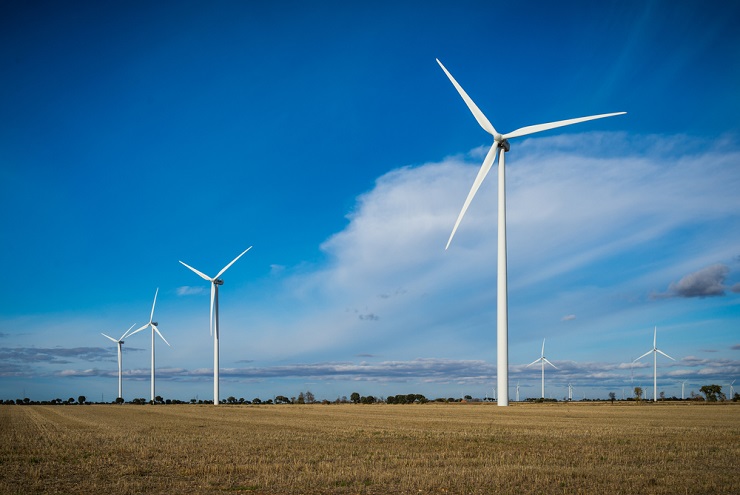 For at least 3000 years, humankind has known how to trap wind’s power, transforming it into energy for grinding our grain and pumping our water. When we gained dominion over electricity, we developed a wind power turbine for generating electric power, too. Every day, we feel the wind’s power, or we stand spellbound watching footage of its overwhelming fury; and we know by deepest human instinct and intuition we can turn the wind’s power and fury to our purposes. Yet, after three thousand years of plotting, calculating, experimenting, trying and testing, we have taken only a few tentative, halting steps toward mastery of the wind’s potential.

Just after the turn of the twentieth century, a brilliant German physicist determined, once and for all, we cannot and should not trap more than 59% of the wind’s power in our blades and rotors. The Wind must pass over and through our wind turbine blades in order for them to continue turning. In defiance of instinct and common sense, we deliberately sacrifice nearly half of the wind’s immanent power for the sake of keeping the crankshaft turning. And we learn frustration: No one yet has trapped the complete 59%.

We also discover, to our chagrin, we seldom get all for which we paid. We build a wind power turbine with “the capacity” to generate 50, 100, or 200 kilowatts, but when we install them, we discover Nature’s vicissitudes, her caprices and whims, prevent our turbines from achieving more than half their rated capacities. In the real world, however, experts hardly can contain their excitement when a wind power turbine reaches sixty percent of its capacity; most chug right along at about 45% of their potential. It seems, somehow, we waste so much wind.

The Roughest Rule: The Rules Do Not Change

For three millennia, our artists and scientists have experimented with designs for wind power turbines. They have adjusted and adapted blades and rotors, turning them horizontally, vertically, and even to sixty-degree angles, they have enlarged everything, discovering bigger is better and still bigger is still better…until it is not better any more, and diminishing returns set-in. Men have perfected technology for garnering more power from less wind, installing large gears on larger blades for the sake of turning the turbine at a constant speed even in puling puffs of air. Then, hurricanes howl, the light-breeze turbines explode in showers of sparks, and engineers return, sadder and wiser, to their drawing boards.

A wind turbine generates electrical power. Not perfectly, but adequately and for little cost, without polluting the air or contaminating the ground. Although we seldom acknowledge or confess, our post-modern world absolutely depends on electric power, constantly craving more and more and still more. We do see a brighter future. Even at 59% efficiency, we do see a brighter future.