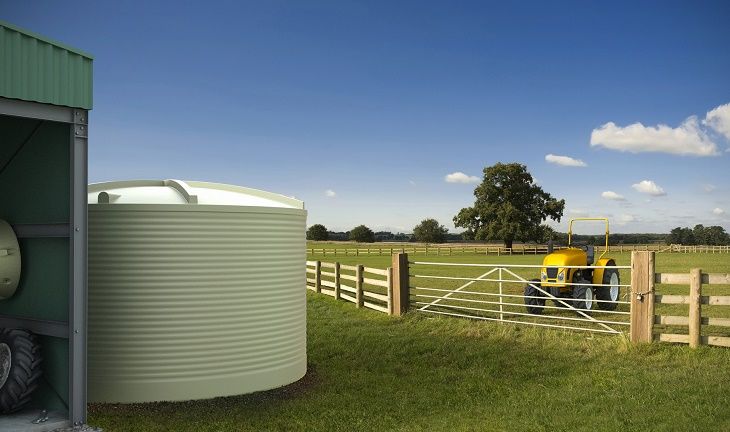 If you’re a farmer, you probably have multiple plastic polyethylene tanks on your property that hold water, pesticide, fertilizer and other liquids used in your operations. These poly tanks have many advantages over tanks made of other material, but these are not designed to last forever. Eventually, the tank will fail, either as it reaches the end of its useful life or as a result of misuse or neglect. Here are three ways to prevent a catastrophic failure that can endanger people, damage property or contaminate the environment.

Poly tanks have a finite operational life. By working with tank manufacturers to ensure the tank you choose for a specific purpose is thick enough to handle the job, you can ensure the tanks lasts as long as possible. Ideally, regular inspection and maintenance will let you know when you need to swap tanks before the tank leaks or ruptures, the same way keeping an eye on your cars tires lets you know when they need to be changed.

What you want to avoid is the tank failing unexpectedly. A catastrophic failure can result in a loss thats not limited to the material inside the tank. You may have to pay an amount for cleanup that can exceed the value of the lost material, and you may be assessed a regulatory penalty if the spill impacts the environment.

Typically, you want your tank to have a specific gravity at least one tick higher than the material you plan to store in it to prevent unexpected tank failure. New tanks usually have a specific gravity rating tag attached that you can check, but this tag may be missing on a used tank. Call your dealer or the tanks manufacturer to check the tanks specs before you put liquid in it.

#2:Stick To The Tanks Designed Use

Poly tanks are either designed as vertical stationary storage tanks or horizontal transport tanks. Vertical tanks aren’t designed to withstand the front-to-back surging pressure that a moving vehicle causes. If you load them on a flatbed trailer, they may deform and fail before you get to your destination.

The best way to avoid a catastrophic tank failure is to use your tanks according to their designed purposes. You may think you’re saving money by using a storage tank to transport pesticide to the other side of a 100-acre farm, but the consequences can cost you more than simply buying another tank. The improper use will also void your warranty and may impact your insurance coverage.

Where you place your poly tank can ultimately determine if a rupture is a manageable financial expense or a catastrophic loss that can put your farm out of business. Before you place the tank, consider what would happen if the 5,000-gallon contents escaped. Would the liquid roll downhill into a stream? Would it flow into a well, septic tank or pond?